You're in the Military. You're Stationed Outside of California. The Letter they Sent you is WRONG 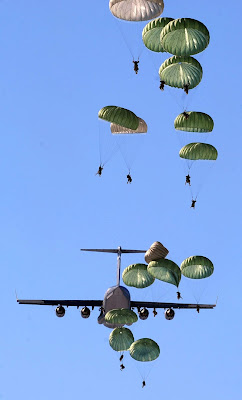 California has been sending tons of letters to people who didn't file a tax return in recent years (2017 mainly right now). All the ones I've seen (and I've seen a ton) have been sent to active duty military members stationed outside of California.

The letters tell them that information from DFAS indicates that they were required to file a California tax return.

California has all the information needed to know this (active duty codes on the W-2 and an address outside of California). They send the letters anyway.

Just add it to the long line of abuses that states pile on to military members, knowing that some military members won't know enough to realize they don't need to pay, or will miss the letter due to moving (since they are in the military). Free money for their bloated budgets.

If you get one of these letters, or worse, a letter stating you ignored a previous one and now owe money...FIGHT. California is wrong. Badly wrong.

The letters usually have a place where you indicate you aren't required to file a tax return due to being active duty stationed outside of California. Fill it out and send it back. You might include a polite letter explaining your living situation for the year just to be sure. If it's a notice asking for money, send a letter saying something to the effect that you were active duty military stationed in (state you were stationed) and received no California source income, therefore a tax return was not required and no taxes were owed.

I will try to answer questions, though if they are complicated, email me at taxadvisor@email.com. Consider buying one of my books to thank me for my answers. Spam comments will be deleted. No links unless they are pertinent to the question asked. If you want cross promotion - ask.

I see a lot of people finding this blog by googling a question. I will answer any question you have! Just e-mail me at taxadvisor@email.com.
No charge for answers whether right or wrong, but asking counts as permission to add you to my mailing list for new book releases or IMPORTANT tax information (I don't send a lot of emails.)

Information on this blog should not be relied upon as the sole answer to a tax question. This blog makes no guarantees as to the accuracy of the information presented and you should always seek the advice of a competent professional before coming to a final determination as to what you should, or should not, do.

Super Tax Genius
Goose Creek, South Carolina, United States
I am a Tax Professional with 20 years of experience. I am an Enrolled Agent with the IRS, licensed to represent taxpayers at audits. I have written several extremely useful tax books, including the one prominently featured at the top of my blog. I am also a retired Submarine Master Chief.

Information in this blog may be copied and reprinted so long as credit is given to this blog, the copy includes the web address of this blog and the information is not used for profit or business solicitation.